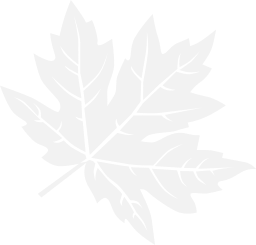 Fall Ministry is an opportunity for youth to fellowship with others and serve the church in exciting, practical ways.

Every year, high school-aged youth from around the presbytery are invited to the Fall Ministry Project–an event where the youth are able to serve the presbytery’s churches by helping with many different projects.  The event begins on a Friday evening with a message from a guest speaker. Later on in the night, the youth are divided into various teams to be sent off to different churches throughout the presbytery. The following day, these teams will travel out to these congregations and aid them in various service projects, in addition to participating in any fun activities that the church may have planned. The youth then have an opportunity to worship with that congregation on Sunday morning before returning back to Second Reformed Presbyterian Church for pickup Sunday afternoon. We hope to see you there!

…is the senior pastor of the Bloomington RP Church in Bloomington, IN, and Senior Lecturer in the Department of Biology at Indiana University. He graduated from Yale University and Indiana University with a B.A. in biological psychology, and a PhD in molecular and cellular biology, respectively. In 2005, he graduated from the Reformed Presbyterian Theological Seminary with a Master of Divinity and was ordained as a minister of the gospel that same year. And if that wasn’t enough, he coached the IU Ice Hockey Club for 13 seasons and retired with the most wins in the history of the program. He believes his strongest asset, however, is his wife, Amy. They have been married since 1989 and together have four daughters.

*Friday night snacks during the fellowship time are provided by attendants.

Please, no electronic devices except cellphones!

Fall Ministry is a service project which sends youth to different churches in the Great Lakes Gulf Presbytery. They first gather at Second RP in Indianapolis, IN, and then disperse to the surrounding churches from there.

The churches the youth will be serving are as follows:

You will be asked to choose your top five choices when you register.

Please arrange to be dropped off and picked up at:

*Registrants are responsible for pick-up arrangements. Pick-up time is dependent on church location and may vary.

The cost of the event is $10. If paid after September 23rd, there is a $10 late fee. While we prefer online payment, you may also pay at the door.

If you wish to register at the door, please bring this registration form with you payment to the door.

If you are writing a check, please make checks payable to: “CYPU”